"No Wall of Words"

I recently came across a quote attributed to George Washington, in one of the drafts for his first inaugural address in 1789. It elegantly captures the essence of my own recent internal grumblings. George Washington said

[N]o wall of words, [and] no mound of parchm[en]t can be so formed as to stand against the sweeping torrent of boundless ambition on the one side, aided by the sapping current of corrupted morals on the other.

To put this in more concrete terms, whatever protections are afforded by the U.S. Constitution, it will never be enough. In order to safeguard people from sweeping torrents of boundless ambition, individuals must speak out, the media must investigate and report, Congress might need to amend the Constitution occasionally, and the Supreme Court must continually interpret and reinterpret the Constitution.

Constitutional interpretation has become such a messy business that it has burst onto the 2016 election scene as a hot-button issue. Republican Senators are vowing to reject all Supreme Court nominations from Democratic Presidents - sight unseen. More recently, Republican Party members are taking the stance that they will not even hold Senate hearings for these prospective nominees. Either strategy will effectively block the appointment of new members to the Supreme Court, even as aging justices retire. As it turns out, the Constitution is quiet on both of these fronts. It neither requires senators to take a vote on a nominee, nor does it stipulate that they must come to a hearing with an open mind. Historical expertise is unlikely to resolve this scenario should it come to pass. And if it does, both Democrats and Republicans will undoubtedly be bad actors in the ensuing drama. 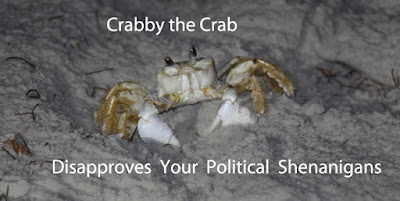 Washington's quote resounds even more loudly when applied to our election processes.