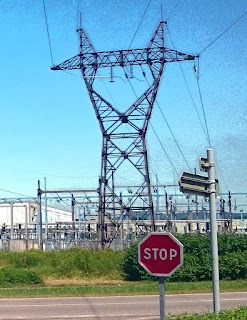 The largest utilities in Florida bankrolled Consumers for Smart Solar and Amendment 1. They want to maintain their monopoly control over energy in the State. Amendment 1 was looking to suppress competition from rooftop solar via constitutional ballot amendment. Thankfully, those in Sarasota and Manatee Counties as well as the rest of Florida saw through the ruse and voted it down on Election Day 2016. However, the story of Amendment 1 is a bit more complicated and Machiavellian, pitting the corporate and financial power of Big Utilities against the Power of the People.

As it stands now in Florida, only utilities can sell power to retail customers. Due to this restriction, landlords cannot sell power from solar panels to their tenants. It also effectively shuts down solar leasing. With leases, an outside company pays the high upfront cost of solar panels, and their customers sign long-term contracts to buy the power. Such leasing has made residential solar the fastest-growing part of the U.S. solar market. But it is simply not legal in Florida. Each utility has monopoly control of the sales and distribution of electricity.

Some of us are idealists and still cling to the notion that we live in a democracy where we-the-people elect representatives to govern on our behalf. At the national level, this notion was debunked a couple of years ago. A study by Martin Gilen and Benjamin Page found that


"economic elites and organized groups representing business interests have substantial independent impacts on US government policy, while mass-based interest groups and average citizens have little or no independent influence."

And yet I am still left with the feeling that if I don't vote, I give away my power. So I educate myself and I vote each and every election. In so doing, I fully expect that my vote will be counted and counted correctly.

We learn to count at an early age. Having taken part in the process with my own children, I don't even think we need to be taught. The idea of one versus two versus three seems intuitive. And yet counting large numbers of votes is problematic. So far we've counted over 125 million votes for President, and we're still counting. It takes a lot of time to count that many votes. And when we use any kind of mechanical and/or electronic devices, there is the potential for mechanical and/or electronic glitches. Even if there is no cheating involved, problems crop up.

How is one to distinguish between straightforward problems, counting errors, and outright fraud? Alas this is no mere rhetorical question. I will share with you a report of what happened on November 8, 2016 in Sarasota, Florida, where I voted.

Battle of the Sexes, Campaign Style 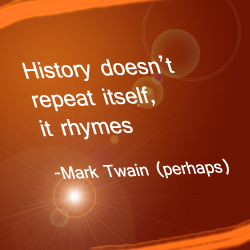 Since presidential candidates and their surrogates tend to swing through the swing state of Florida, I have the opportunity to attend them on a regular basis. Once was enough for me. It felt like a cheerleading rally before a football game. Since then I have been struck by the similarities between presidential campaigns and sporting events. Last week as I listened to yet another bizarre interaction between the two presidential hopefuls, Hillary Clinton and Donald Trump, I had a flashback to 1973. The Battle of the Sexes was the epic exhibition tennis match between Billie Jean King and Bobby Riggs. The parallels to the 2016 presidential campaign are eerie.