Some of us are idealists and still cling to the notion that we live in a democracy where we-the-people elect representatives to govern on our behalf. At the national level, this notion was debunked a couple of years ago. A study by Martin Gilen and Benjamin Page found that


"economic elites and organized groups representing business interests have substantial independent impacts on US government policy, while mass-based interest groups and average citizens have little or no independent influence."

And yet I am still left with the feeling that if I don't vote, I give away my power. So I educate myself and I vote each and every election. In so doing, I fully expect that my vote will be counted and counted correctly.

We learn to count at an early age. Having taken part in the process with my own children, I don't even think we need to be taught. The idea of one versus two versus three seems intuitive. And yet counting large numbers of votes is problematic. So far we've counted over 125 million votes for President, and we're still counting. It takes a lot of time to count that many votes. And when we use any kind of mechanical and/or electronic devices, there is the potential for mechanical and/or electronic glitches. Even if there is no cheating involved, problems crop up.

How is one to distinguish between straightforward problems, counting errors, and outright fraud? Alas this is no mere rhetorical question. I will share with you a report of what happened on November 8, 2016 in Sarasota, Florida, where I voted.

Most Sarasota voters put pen to paper ballot and then cast their individual vote by running their ballot into an optical scanner. Each ballot received in the mail is also sent into a scanner. After the polling stations close on election day, all precincts report in with their vote counts and the results are published. Skip Parrish was an election day computer observer, and he watched as the precinct results arrived. The polls closed at 7pm. Skip reported that precincts were still reporting in at 7:30pm. At one point, 26 precincts had not reported in, yet the totals displayed that 100% had reported in. This was an obvious discrepancy. The County Elections Office workers were not able to get the equipment to show the correct results, so they called in the Elections Systems & Software (ES&S) employee who was on hand. Who is allowed where on election day is a matter of great specificity. For example, each political party may designate one person with expertise in the computer field who is allowed in the central counting room when the official votes are being counted. I'm not sure that the ES&S employee was allowed in the counting room on election day, but that's what happened. And was the machinery so flaky that an ES&S employee needed to be on hand? Skip also reported that the final results were not ported to the public posting system. I don't know exactly what that means, but it doesn't sound good. Was it a technical glitch? Was it fixed? If so, how? By giving an ES&S employee direct access to the tabulating equipment, there was probably an opportunity for vote tampering on election day. Kathy Dent, the Sarasota Supervisor of Elections, owes voters a detailed explanation.

Skip has been observing Sarasota elections for several years. He is one of a cadre of volunteer election watchdogs around the country. They stay in touch and share their findings. What happened in Sarasota, Florida may not have happened anywhere else. But there may have been some other irregularities. There is also a network of computer scientists who have spent the last 15 years showing how easily they can hack voting systems. Even with voting machine security, chain of custody, and lots of pre-election testing, vote hacking is still a distinct possibility.

Regrettably, voting machine companies do their best to avoid full scrutiny of their products. We probably don't even know the dozens of ways they are vulnerable. This is no small point. We ditched electronic voting machines in Sarasota County after the 2006 Congressional race. The race was decided by a mere 400 votes, but there were 18,000 undervotes and no way to do a recount. Sarasota County still uses scanning machines to count the votes, and there are many precincts nationwide where voters continue to vote on electronic voting machines. All of these machines are manufactured by private corporations. And the courts have ruled that the source code on these machines is proprietary. So there is no way for the public to verify the security of these machines. They could be rigged without anybody knowing. 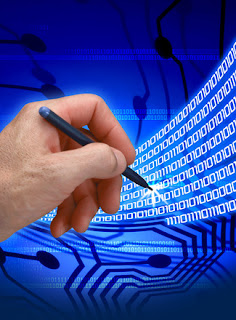 The newest potential vulnerabilities center on internet voting. Yes, it's already a thing. Evidently, online voting was in place for the 2016 Presidential Election in more than 30 states - primarily provided for those living outside the U.S. or serving in the military. I took a moment to conduct my own personal thought experiment. Assume I have all the hardware and software that I want at my disposal on election day. Can I think of any way to verify that the votes of those who voted over the internet were received and counted without compromising their privacy? No, I cannot. But I am not a security expert, so perhaps someone with more expertise has a solution. As it turns out, there is near unanimous agreement amongst computer technologists that internet voting is inherently insecure and prone to hacking given today's hardware and software and the nature of the internet itself.

When talking about voting irregularities, the elephant in the room is whether or not there is any fraud. Given what Skip saw, how are we, the voters, to determine if any fraud occurred. Even if I don't see any funny business going on, I think it behooves us all to have most everyone agree that there was no funny business going on. There are conspiracy theorists of many stripes that are happy to make a charge of vote-rigging, even when there isn't any. Those who lose an election are notorious for claiming their election was stolen. In general, I am comfortable ignoring such folks, because they provide no sincere evidence to back up their claims. But then I read Bill Palmer's analysis of the Clinton/Trump vote totals. Bill points out that in order to believe that the vote was NOT rigged, you have to believe all of the following -


"African-Americans in the south went from turning out in droves for Hillary Clinton in the primary to not caring if she won the general election. Donald Trump got sixty-something percent of the same-day voting in Florida. The polling averages were wrong for the first time in modern history. Trump beat his poll numbers despite having spent the primary season tending to fall below them. Clinton fell below her poll numbers despite having spent the primary season tending to beat them. In every state where Trump pulled off a shocking upset victory, he just happened to do it with one percent of the vote. And in an election that everyone cared particularly deeply about, no one really turned out to vote at all. I can accept any one of the above things happening as an isolated fluke. I cannot accept all the above happening. And so for once in my evidence-driven career, I’m left to believe that the conspiracy theorists are right: the vote tallies are rigged."


It's not just the experts who have concerns with vote counting accuracy. A few days ago at the gym, Ken, one of the lifeguards, approached me. He was considering writing a letter to the editor of our local newspaper promoting the hand-counting of all votes. What did I think? This lifeguard didn't know what Skip had observed at election night headquarters. Yet he was looking for a way to verify that our votes are counted correctly. For many, the prospect of undetectable vote-rigging is more frightening than voting irregularities. Hand-counting would go a long way toward alleviating such fears. I went home and looked into hand-counting votes. Sure enough, there's a Center for Hand-Counted Paper Ballots.  These folks believe that the gold standard for counting votes is to hand-count paper ballots with observers from all parties helping with the count. Amazingly, Columbia County in New York State, with its 43,199 registered voters, hand-counts its paper ballots. Although ballot scanning machines are used there, in each contested race every ballot scanned by the machine is also recounted by hand. And everybody gets paid for the good work they do.

Had I turned on my television on election-day evening, I would have witnessed an orderly display of Presidential Election results as they rolled in. But it is an illusion. In reality, there are thousands of jurisdictions with a variety of voting machines, most with black-box components that are not open to public scrutiny, a variety of election-day mishaps and technology glitches, some with paper ballots, many with different audit requirements, mail-in ballots handled by election officials and stored who-knows-where before counting, and now, insecure laptops and networks used to transmit internet votes. Time to jettison the illusion of neat results in our elections. As far as I'm concerned, like Lucy from the I Love Lucy show, our Supervisors of Elections and our Secretaries of State have some 'splainin to do.

New comments are not allowed.