I wasn't paying too much attention to the presidential primaries in Arizona or the caucuses in Utah and Idaho, yesterday. But this morning, a petition crossed my Facebook newsfeed asking that the Obama administration look into possible voter fraud and voter suppression in Arizona. There didn't seem to be any actual news about it online.

As often happens when perusing the internet, something else caught my eye. From the headlines, I gathered that Hillary Clinton had won the day. A typical headline read, "Clinton, Trump add to delegate leads with Arizona victories." I proceeded to look into the actual numbers. How many delegates had each candidate won in Idaho, Utah, and Arizona? The numbers were a bit hard to come by. You'd think those numbers would be front page news. Instead, all I saw was a cumulative tally of delegates, which hid what actually happened yesterday.

As I delved deeper, I saw that Reuters claimed that Clinton routed Sanders in Arizona, but that Sanders won the races in Utah and Idaho. More accurate would be to reverse those verbs. Sanders routed Clinton in both Utah and Idaho with just under 80% of the vote, while Clinton won the Arizona race. The Atlantic seemed less biased, headlining that three Western States split their support.

However, my research revealed that Sanders carried the day -

Normally, I don't follow campaign news, except when I vote, and I voted in the Florida presidential primary last week. The television was on as the results came in. There were victory speeches and there were concession speeches by all the candidates - by everyone, except Bernie Sanders. Amy Goodman points out that Sanders did speak. In fact, he spoke to thousands of people in Phoenix, Arizona.  But the major networks did not cover that speech. Goodman says they were waiting for a news conference from Donald Trump, putting various pundits on the air while they waited. They froze out any coverage of Sanders. During this presidential campaign, I have found the media bias to be stunning. And yesterday's primary/caucus reporting only confirmed that finding. 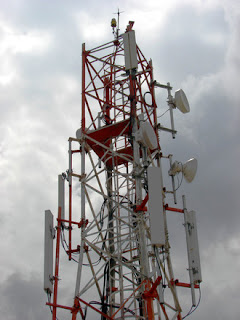 Corporate media is big business.  And big business gets involved in political campaigns to further their special interests. Why does the media support Clinton over Sanders? I could check out Clinton's voting history, but that seems fraught with inaccuracy. It's relatively easy to look up a senator's record on abortion rights or warmongering, but a little tougher to look up their record on media matters. Which votes would those be? Probably an amendment here and an amendment there.

Far easier to follow the money. Which media enterprises have donated to Clinton's campaign or to the Clinton foundation or hosted Clinton fundraisers? And how much cash has changed hands? Politico provides a great rundown of media moguls and organizations who have donated to the Clinton Foundation as of last May. Just to give an idea of how much money we are talking about, there is a $1 million - $5 million category, which includes Thomson Reuters, the owner of Reuters news service. That may explain why Reuters got their verbs reversed. The database at opensecrets.org reveals some large campaign contributions from Time Warner and 21st Century Fox over the course of her career. Last June, Comcast executive vice president David Cohen hosted a $2,700-a-plate fundraiser for Clinton at his home. Comcast is the largest broadcasting and cable company in the world. Tracing this incomplete listing of funds reveals that Corporate Media has blessed Hillary Clinton with some mammoth donations. In light of this, it would be surprising if these media enterprises did not show bias against her opponent.

After checking into the media bias of yesterday's primaries and caucuses, I returned to my original focus. What about the claims of voter suppression in Arizona. More news had surfaced. The Phoenix New Times reported that voters in Maricopa, Arizona's most populous county, waited up to five hours in line to cast their ballots. This certainly seems predictable given that the County Elections folks had reduced the number of polling stations from 200 in 2012 to just 60 yesterday. Common Dreams also reported that some polling stations ran out of ballots and that four locations in Tucson received bomb threats causing at least one to evacuate. And I thought Florida had cornered the market on voting-day shenanigans. Move over Florida. Arizona is giving you a run for your money.