1:23AM Eastern Time: Sarasota in Solidarity with Oakland 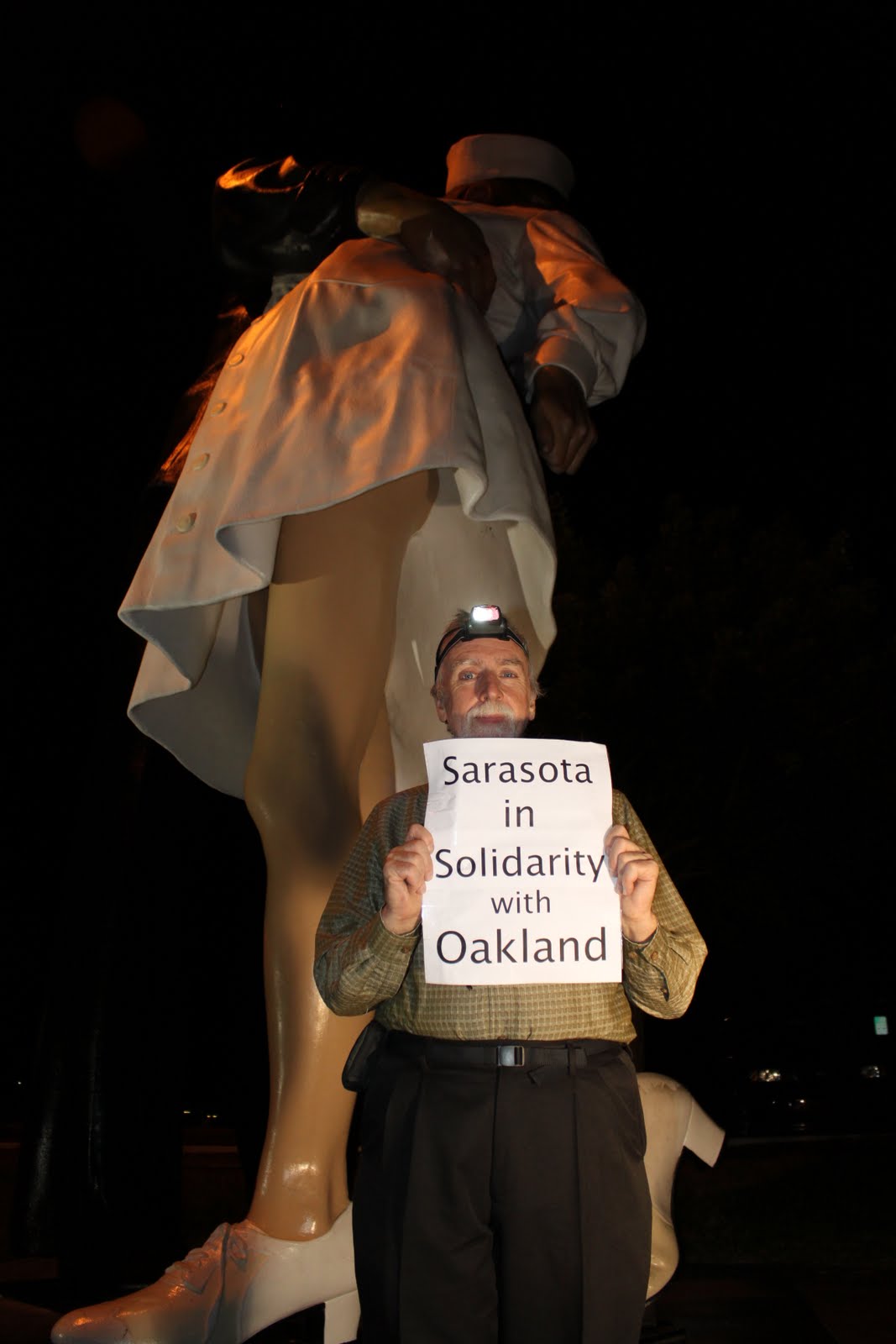 12 noon UPDATE. As reported by news outlets all over the country, the original teardown of Occupy Oakland on Tuesday was followed by an even more violent police crackdown against returning protesters. Jon Stewart made comedy based on the reaction from the Oakland Police. Then Wednesday night, Occupy Oakland protestors tore down the fences that had been erected to keep them out of Frank Ogawa Plaza. They held a general assembly of approximately 2,000 people. No police arrived on the scene. The Occupiers peacefully voted to hold a general strike on November 2nd. And late Wednesday night, Oakland Mayor Jean Quan reportedly issued a statement of concern for those who were injured and support for the Movement going forward. I am only able to find one source for this - a blog post from Aimee Allison reporting this for the San Francisco Chronicle - but it warms my heart. Even if it is entirely fabricated, this is exactly what the Mayor should say and do. There's still time.
at Thursday, October 27, 2011